An Ancient and Honourable Society.

Many scholars believe Masonic lodges were formed during the middle ages by operative Stone Mason guilds responsible for the construction of the cathedrals and castles during that time. The earliest recorded Masonic text, Halliwell Manuscript, dates between 1390 and 1425 detailing a brief history of the “Craft of Masonry” stating that it began with Euclid of Alexandria (founder of Geometry – mid 4th century BC) and found its way to England during the reign of King Athelstan (894 – 939). 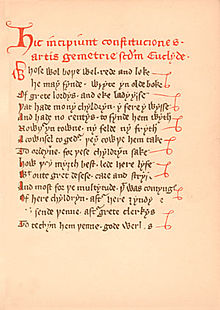 It has been argued that regulated Freemasonry in Scotland is older than in any other part of the British Isles. This is based on some of the oldest records held by the Grand Lodge of Scotland that details the meeting minutes of Lodge of Edinburgh (Mary’s Chapel) No.1 dated July 1599.

There is some speculation that lodges existed well before that with an early continental history referencing a 16th-century source that by 1535, there were two Scottish masonic lodges recorded in France, one in Paris and the other in Lyon.

Between 1646 – 1717 evidence exists of men being made Masons in non-operative lodges, specifically Elias Ashmole who recorded his initiation on October 16th, 1646; “I was made a freemason at Warrington in Lancashire with Colonel Henry Mainwaring of Karincham in Cheshire. The names of those that were then at the Lodge, Mr. Richard Penket Worden, Mr. James Collier, Mr. Richard Sankey, Henry Littler, John Ellam, Richard Ellam and Hugh Brewer.” Although this is the first written evidence of speculative Masonic initiation, the men mentioned would have had to be Masons in order to conduct the ceremony suggesting speculative Freemasonry existed before 1646.

June 24th, 1717, four lodges in London England came together at the now infamous Goose and Gridiron Tavern in St. Paul’s Churchyard. Working together to increase their membership, the lodges formed the first Grand Lodge in the world, aptly named the Grand Lodge of London and Westminster. By 1723 they had published their first rule book titled “The Book of Constitutions of Masonry” extending its authority outside of London. 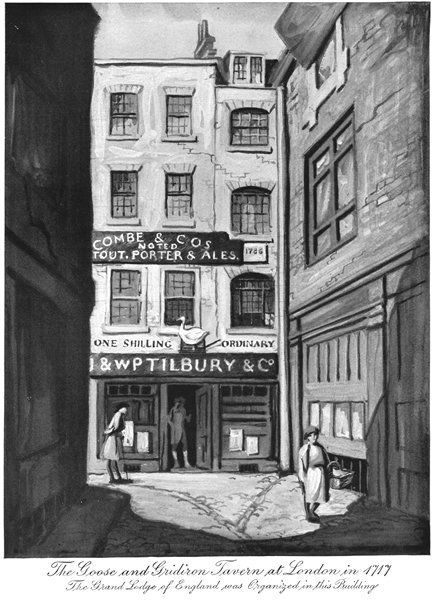 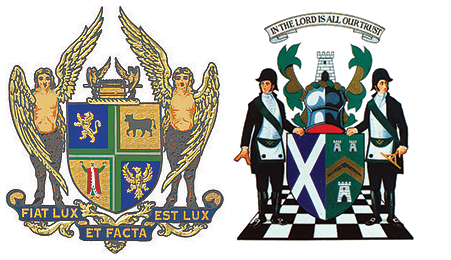 In 1725 the Grand Lodge of Ireland was established and in 1736 Scotland formed their very own Grand Lodge. The three Grand Lodges of London, Ireland, and Scotland began to take Masonry overseas with growth rates similar to the 18th and 19th-century development of the British Isles.

The Grand Lodge of London and Westminster would be challenged in 1751 when six unaffiliated lodges would come together to form a rival Grand Lodge named The Grand Lodge of the Antients. Existing side by side for 63 years neither would recognize the legitimacy of one another until 1813 when they united forming the United Grand Lodge of England after 4 long years of negotiation. 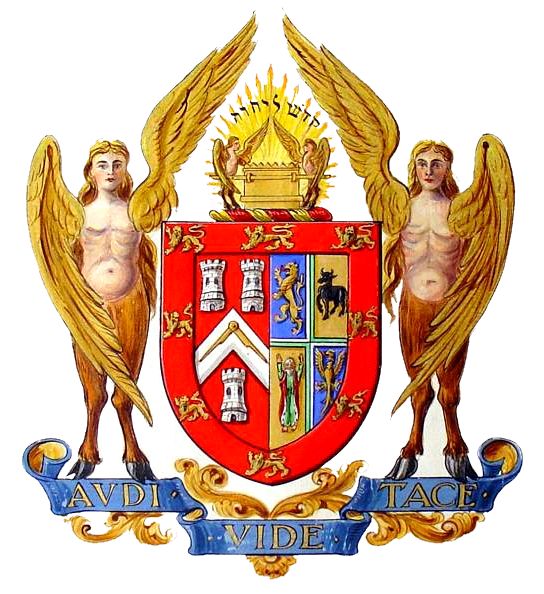 The first Masonic Lodge in Canada, a British Colony at the time, was established in 1738 in Annapolis, Nova Scotia. Years later, in the late 1700’s, Masonry would find its way to Niagara via The Lodge of the 8th or Kings Own Regiment of Foot. 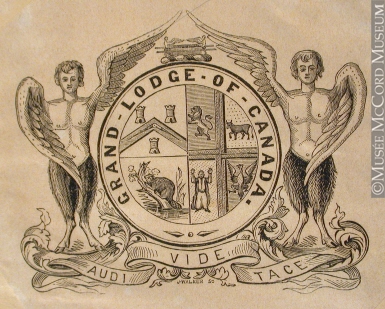 Given the distance between Canada and England, as well as the modes of communication employed at that time, dissatisfaction festered among the members of The Provincial Grand Lodge of Upper Canada with their Mother Lodge in England. Support in the form of forwarded warrants, certificates, and other tasks necessary for lodge management was infrequent and slow. On November 10th, 1855 the Grand Lodge of Canada was formed.

In 1855, the Colony of Canada consisted of what is now the provinces of Ontario and Quebec. When the Grand Lodge of Upper Canada and Lower Canada merged in 1859, the newly amalgamated Grand Lodge included nearly all of the lodges in Eastern and Western Canada. 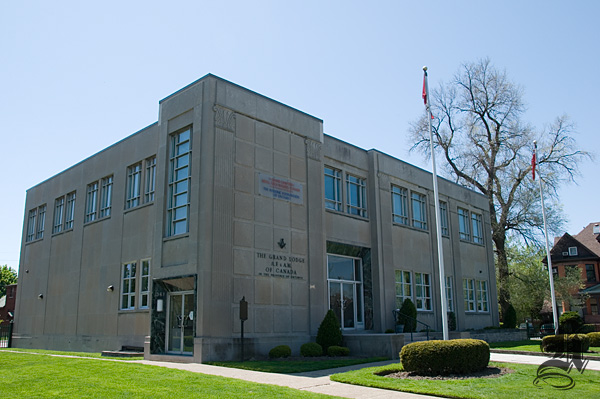 By 1875, six other Grand Lodges in Canada existed; Nova Scotia, New Brunswick, British Colombia, Quebec, Prince Edward Island, and Manitoba. This led to protests suggesting that Ontario’s Grand Lodge was calling itself the Grand Lodge of Canada and in 1855 a committee recommend the name be changed to The Grand Lodge, A.F. & A.M, of Canada in the Province of Ontario which was adopted in 1887. Being the only Grand Lodge in Canada at the time of its formation it was permitted to keep “Of Canada” in their title. 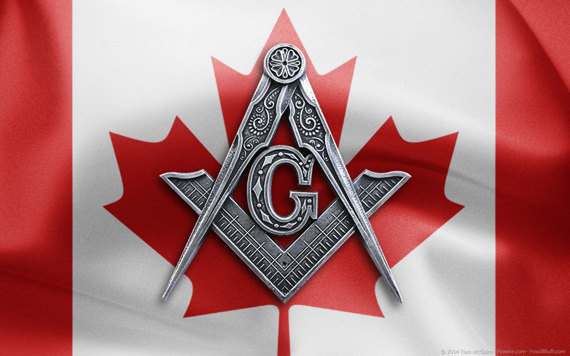 Engineer, Inventor, Founding member of the Royal Society of Canada, Founder of the Canadian Institute, Inventor of Worldwide Time Zones

For He Who Knocks, The Door Shall be Opened